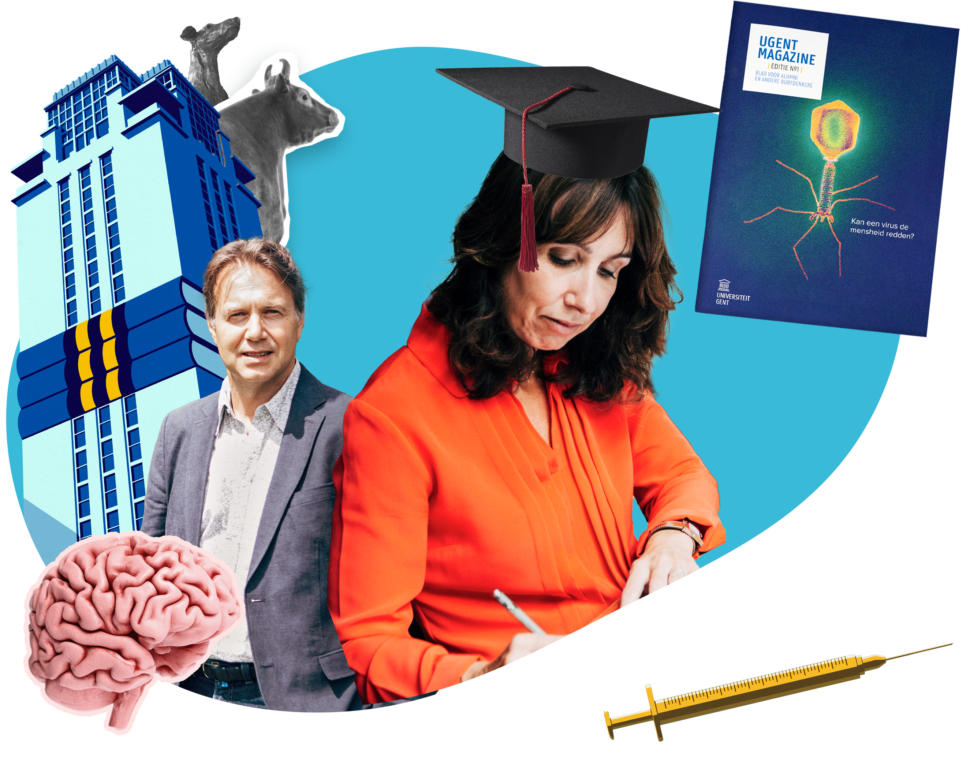 “Clear state of affairs thanks to Ghent University (UGent).” These are the words of Maggie De Block, shared on her LinkedIn. De Block, at that time still Minister of Public Health, is referring to an article in the UGent Magazine. Or how that magazine underlines the social role of the university and even reaches out to policy makers.

Being picked up by Maggie De Block is not an objective in itself of the magazine. But it does illustrate that it does what it should. By informing its audience about relevant research, it shows that Ghent University doesn’t live in a bubble, but has two feet firmly planted in reality.

Ghent University is sitting on a gigantic mountain of content. It is a matter of getting all that content to the right target group, in the right way. To the wider society, this is achieved via the UGent Magazine, among others.

Magazine for policymakers and journalists

The qualitative magazine introduces policymakers and journalists to numerous pioneering research and projects from Ghent University, such as the research on the future of antibiotics. In other words, the focus of the magazine is not only on projects and research that are important for the university, but also have a direct and clear impact on society.

With inspiring stories, strong photography and striking illustrations, the magazine invites the reader to dive into the Ghent University world. It shows there is room for both slow journalism and a short explanation of current topics such as fake news. 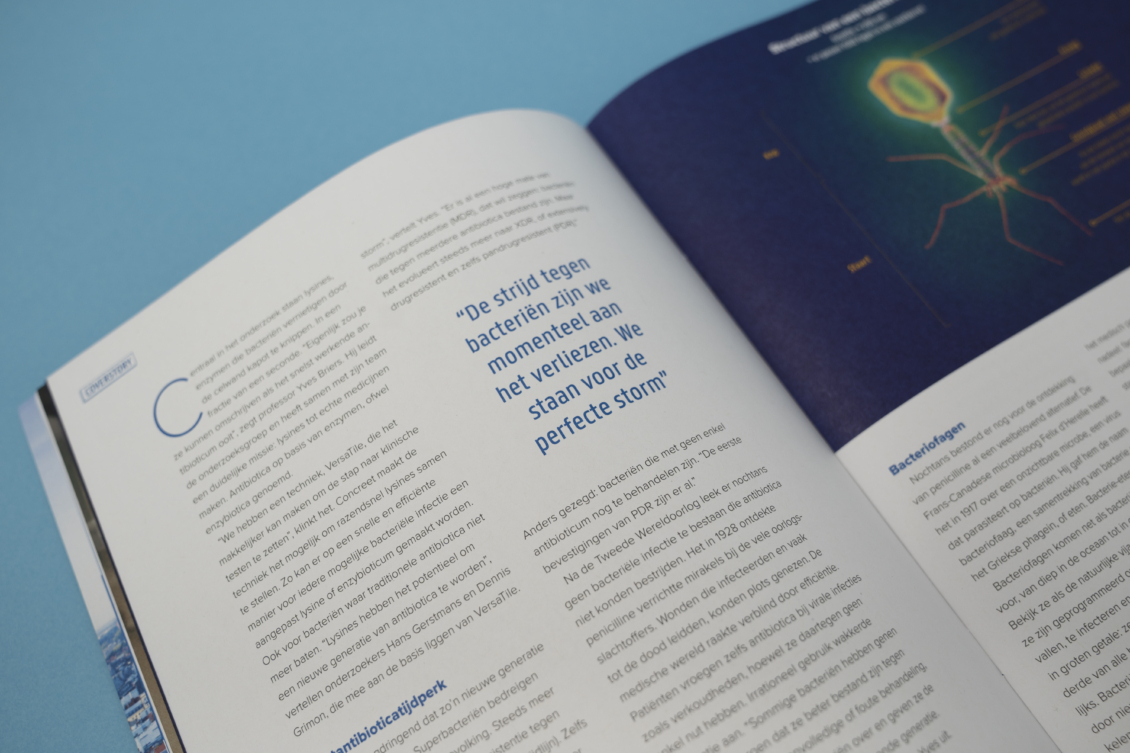 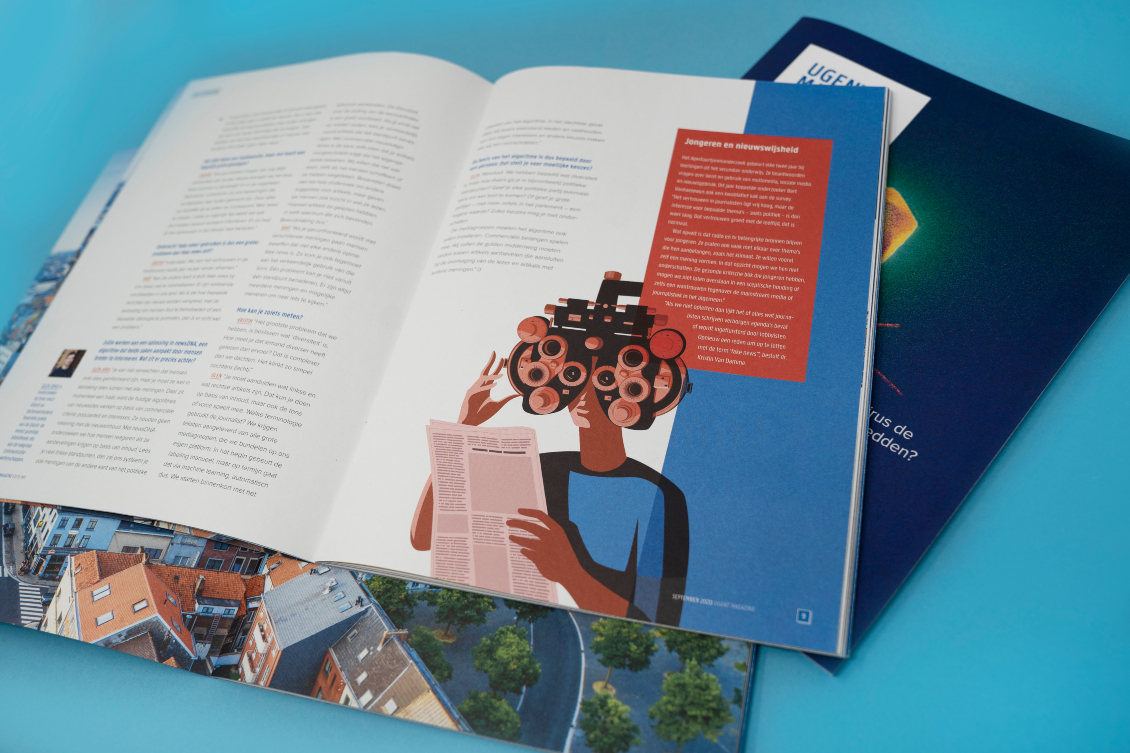 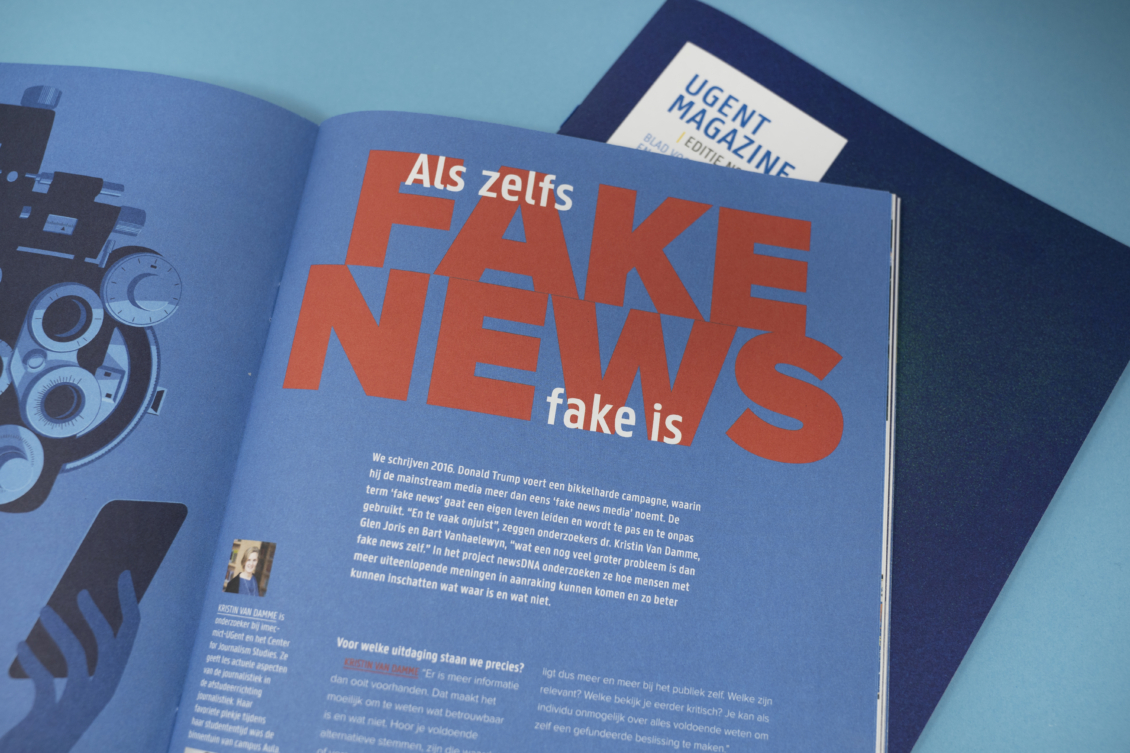 But that broad external target group also includes alumni. A special target group, because of their unique bond with the alma mater. This bond is important, because alumni are the bedrock of a strong network and fundraising. UGent Magazine strengthens the feeling of community: what binds them to their former place of study and their former fellow students? Nostalgia is an important factor here.

This nostalgic factor recurs throughout the magazine. Sometimes explicitly, sometimes subtly. The magazine opens with a photo spread of an iconic Ghent University building, such as the Boekentoren. In the section ‘The letter’, a well-known alumnus gives advice to his or her 18-year-old self. VRT journalist Lisbeth Imbo took the lead in telling her story in the first edition of UGent Magazine. 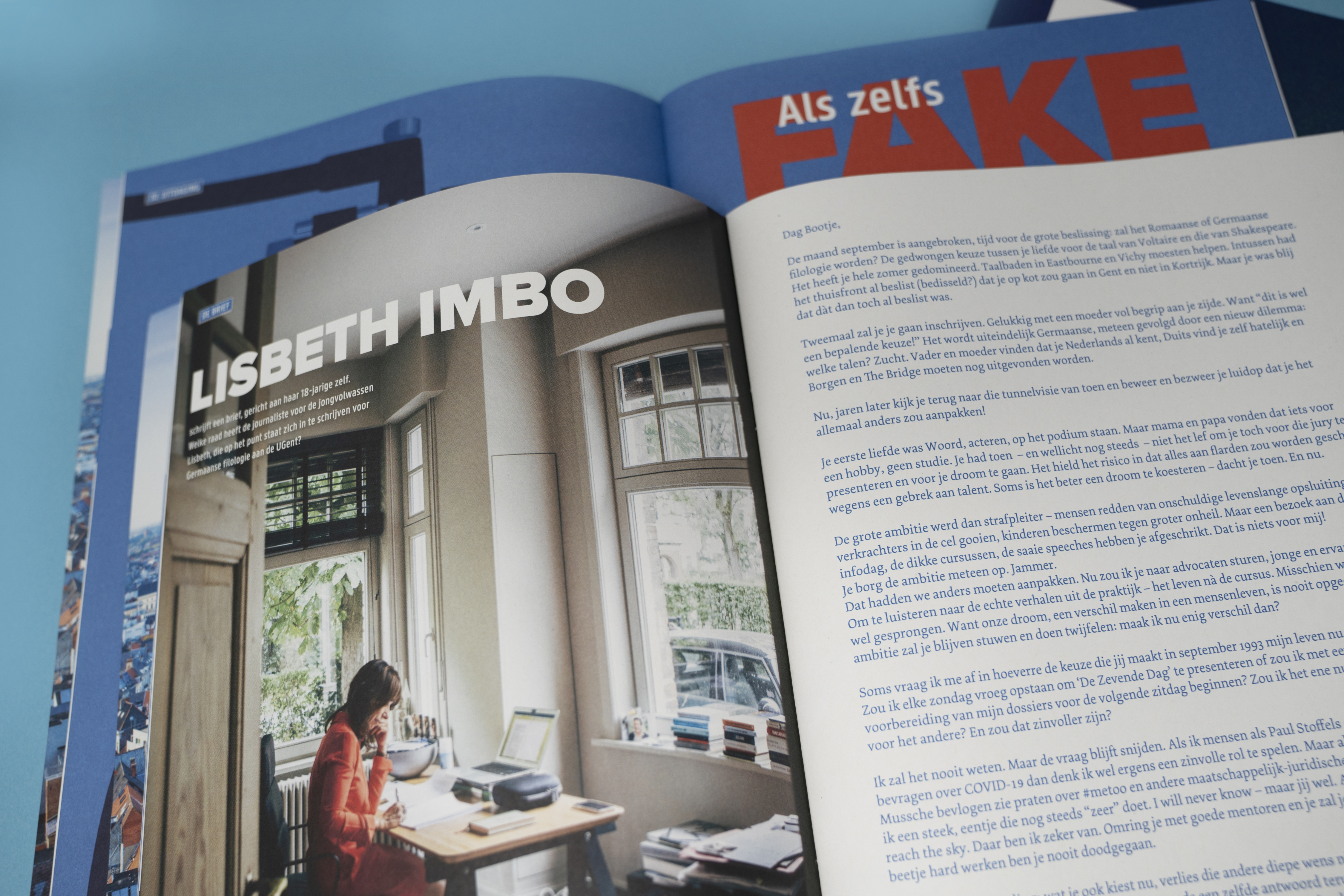 UGent Magazine was positively received when the first edition arrived in the mailbox. Jef Troonen, alumnus of Ghent University said: “I really like the magazine, both in form and content. I studied at the university from 1966 to 1971. The aerial photograph in particular brings back many memories. I was living in digs at Sint-Kwintensberg and could see the side entrance of ‘De Blandijn’ from my room’s window. I have many positive memories of those (rather turbulent) sixties of the last century. Keep up the good work!”

A magazine as an indispensable part of the strategy

The magazine doesn’t stand alone, but is part of a broader mix of channels that are deployed. Our editors always start with the content and only then look at the channels. What facets are there in a story and how can we best exploit this through our channels? We strongly believe in content repurposing and we do the same with UGent Magazine. Some articles get an online derivative for durfdenken.be, appear in a newsletter aimed at students or staff, or are shared on social media.

Would you like to see our other impressive projects?